TOURIST ARRIVAL IN THE PHILIPPINES 2017

TOURIST ARRIVAL IN THE PHILIPPINES 2017

Starting with the Miss Universe 2016 pageant held in January, 2017 was a very fruitful year for the Department of Tourism (DOT).

It took almost 23 years for the Miss Universe pageant to be held again in the Philippines and this time, our very own Pia Wurtzbach passed on the crown to Iris Mittenaere of France.

Our islands, food, and the biggest smiles of our people are all over the news and social media these past few weeks. The world now knows how beautiful our islands are, how delectable our cuisine is, and how friendly and warm Filipinos are – just ask the Miss Universe candidates themselves,” Tourism Secretary Wanda Corazon Teo said after the pageant.

After over 10 months, such event resulted to more tourist arrivals in the Philippines.

“It has increased tourist arrivals. Nakilala tayo. (We became known. The arrivals increased),” Teo told Manila Bulletin in an interview.

Aside from the Miss Universe pageant in the Philippines, there were other factors that helped the tourism industry attract more arrivals.

It’s not only the Miss Universe. I’ve been going out of the country. I went from one country to another. I talked to the tour operators. We invited them to come to the Philippines so they could promote it to their countries,” Teo noted.

Also a factor in the increase was the growing number of Chinese and Indian tourists. Teo said the country is getting close to the one million target for Chinese tourists.

Indian visitors, on the other hand, increased by 20.28 percent.

“With the surge in Chinese and Indian arrivals, we are optimistic to hit the target of at least 6.5 million as set by the National Tourism Development Plan for 2017-2022,” she said.

The DOT has also revived the “Invite Home a Friend” program which was launched in 1994 by former tourism chief Mina Gabor. Called “Bring Home a Friend” under Teo’s leadership, the program is open to the public from October 15, 2017 to April 15, 2018.

The BHAF is a referral incentive program where Filipinos or Philippine expats who invite foreigners to visit the country will have a chance to win a prize. Three sponsors and invitees will be selected on the grand draw.

The farm tourism spots in the country are also being showcased now after the launch of the “It’s More Fun in Philippine Farms” program.

Teo said a series of activities will be held throughout the country including consultative assemblies of farm tourism stakeholders; and exhibits on diverse farm tourism destinations, farm produce, and “pasalubong” specialty items.

“It’s about time that we take steps to put farm tourism at center-stage, as the country teems with rich agricultural destinations as nurtured by our hard-working farmers, who we now recognize as major stakeholders in an inclusive and sustainable tourism industry,” the DOT chief stated.

A number of tourism destinations in the Philippines have also gained international recognition. Some of which were the Isla de Sta. Cruz, Puerto Princesa Subterranean River National Park, and Baguio City.

Isla de Sta. Cruz was included in the National Geographic’s “21 Best Beaches in the World”.

“We are so proud about this citation and happy about its very timely announcement which comes right after our visit in December when I had pushed for the island’s immediate improvement and development as an ecotourism destination,” Teo said.

“Nominated as one of the New 7 Wonders of Nature, the Puerto Princesa Subterranean River is 8.2 kilometers and boasts limestone karst formations, stalactites and stalagmites,” said CNN Travel editor Bija Knowles in her list.

Meanwhile, Baguio was included in the “UNESCO (United Nations Educational, Scientific and Cultural Organization) Creative Cities”, under the field of Craft and Folk Arts.

Meanwhile, the agency has also faced some problems in 2017. One of the biggest news was the controversial tourism ad.

The DOT had to terminate its contract with the advertising firm—McCann Worldgroup Philippines –after it saw “glaring similarities” between the “Sight” and the promotional video released for South Africa years ago.

The ad company denied that it copied the promotional material of the other country.

Teo said the problem that they had every once in a while in 2017 were the travel advisories issued against going to the Philippines.

The tourism head, on the other hand, maintained that she has reached out to a number of countries’, giving assurance that the Philippines remains to be safe haven for tourists. 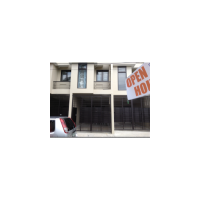